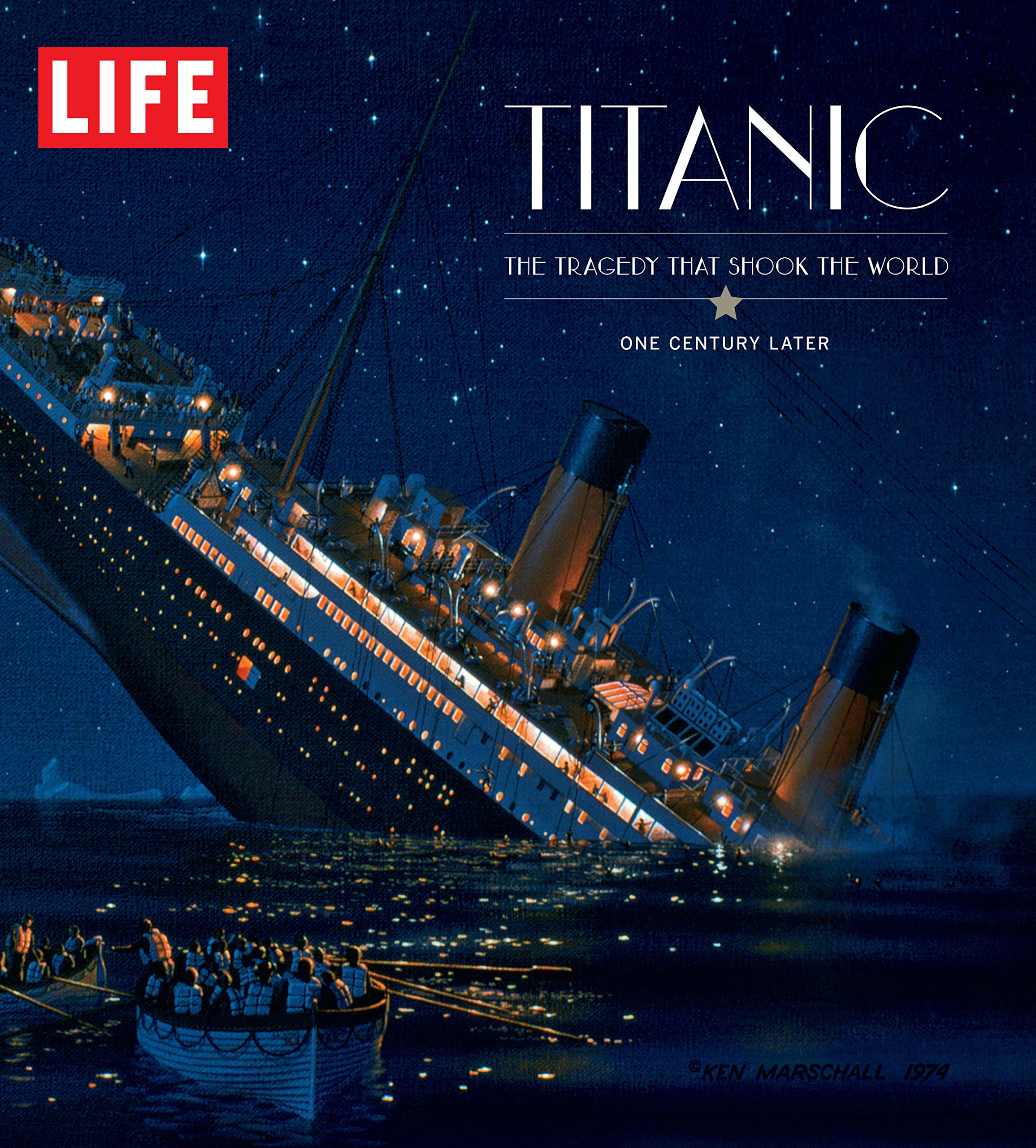 
The bolt fell swift and shattering out of a clear sky.

No great liner ever started its life on the waters under happier auspices — the sea calm, the winds light and southerly, the nights brilliant though cold. No hint of danger, save for a message from a passing French steamer that she had passed through and icefield — a message courteously acknowledged by Captain Smith. Sunday night had come.

The dinner hour was well passed, and the decks were thinning under the influence of the cold night wind. Many of the passengers had already retired to their berths; but the saloons and the smoking rooms were still thronged, and the strains of the orchestra were heard through the babel of talk and the rhythmic undertone of the mighty engines. Through the dark the great ship was ploughing through calm seas at her best speed, making 23 knots, and having her scheduled time well in hand. It was when a slight shock was noticed.

Then another. Then the engines stopped. Men left the smoking-room and their berths to go on deck and make inquiries — not fearfully nor anxiously, but curiously. And they came away satisfied that only some trifle was wrong and that soon the ship would resume her voyage. Some had seen an iceberg through the portholes just before the shocks and light-heartedly speculated on the ship having scraped against it.

No breath of suspicion had fallen over the doomed ship. But while the laughter and the talk went on there was another scene down in the bowels of the ship where men were searching — searching with results that filled them with alarm. The captain had gone to the wireless operator, Phillips, to tell him to be ready to send a call for help as the ship had struck an iceberg, and the damage might be serious. The unusual sensation, prolonged, began to tell on the passengers.


What did it mean? When would the engines re-start? There was still no alarm, but a certain disquietitude. The decks began to be alive again. The smoke-room was deserted; and those who had returned to sleep reappeared in dressing gowns and rugs. Everywhere there was movement — unrest, the growing sense that something was impending.

Then came the first clear warning of peril. There was no longer any doubt as to the gravity of the situation. Even the untrained eyes of the passengers could see the palpable list of the ship from stern to bow. They did not know the message that was being sent from the wireless room; but the danger now was unconcealed. But still the full measure of the disaster was unsuspected. The thing was unthinkable — no sudden and shattering crash, no wild alarms, only a slow anxiety and precautions that a wise officer would take against even small risks.

Then came the complete awakening.

Farther off other vessels had turned their prows towards the doomed ship. But these things were not known — they could only be guessed.


The scenes that followed can only be imagined. Husbands and wives, mothers and children clinging together in the last agonising embraces — the vessel sinking under them, the boats being lowered, around them the dark seas, into which they must soon be plunged. In this last trial of the human soul men and women alike behaved with splendid bravery.

There was agony, there was weeping, there were poignant scenes of separation, women forced from their husbands, helpless children crying at some horror they could not apprehend — all this there was, but there was no wild disorder, no panic, no trampling of the weak by the strong.

In all that fearful scene there was much for tears; but nothing for shame. One by one the boats were filled and lowered. The operation was one of enormous difficulty; but it was carried out with perfect order, and with, so far as the evidence goes, entire fairness. Women and children were placed in them — weeping, often struggling to get back to the loved ones they were leaving behind to their fate. There was no respect to persons — only persons to weakness and helplessness.

Have you got a good lookout or are you fast asleep in steerage? Perhaps some situations demand graceful acceptance of fate rather than futile attempts at controlling what is beyond our influence. If you ended up on the deck of the Titanic was there much you could do to control your fate? Or was it already determined by the number of lifeboats, the prevailing weather, the capabilities of captain and crew, the vagaries of wireless telegraphy , the proximity of other ships, the class of your ticket, the temperature of the sea.

Some of the most moving stories are of those who accepted their fate and acted in those critical hours with grace and dignity controlling the only thing they could, their personal behaviour. No one who boarded the Titanic could even begin to contemplate what lay ahead, although some books had been published years before that foretold of just such a disaster.

But our life is not for us to give or take away. So make every minute count. Those who cheated and lied their way onto the life boats came to regret it later. And history still judges them. They paid for their cowardice with their name and reputation.

TITANIC: The Tragedy That Shook the World By the Editors of LIFE

On the Titanic that fateful night, those in first class were first in the queue for life boats. In terms of percentages many more first class passengers survived than those in third class. Without their relentless tapping, sending CQD Come Quickly Disaster and SOS messages to alert nearby shipping to their predicament and position, perhaps no-one would have survived that icy night. They had a job to do, to call for help, and they did it clearly, concisely, persistently, professionally, until they could do it no more, when the water entered the wireless room.

Apparently after the disaster, and once the inquiries and mourning were over, little was spoken of Titanic in Belfast. Even as I sit writing this the bacteria Halomonas titanicae is eating away at the wreck of the Titanic on the seabed of the North Atlantic.

This bacteria eats rust and apparently scientists predict that within 20 years or so it will consume the wreck of the Titanic until the physical remains of the ship exist no more. Or that it was built in Belfast. And no matter what happens to the wreck, as we leave Belfast I get the distinct impression the people here will make sure the story lives on.

This post is part of our Tales of Titanic Cities Tour. Stuart's the adventure addict half of the team, always trying to persuade the family to get out, do more, go further. As co-founder and co-director he handles the business, creative, design, technical and publishing aspects of the project. He is our chief photographer and videographer. With training as a professional learning and development consultant. I think that Titanic season made more of an impression than we thought!